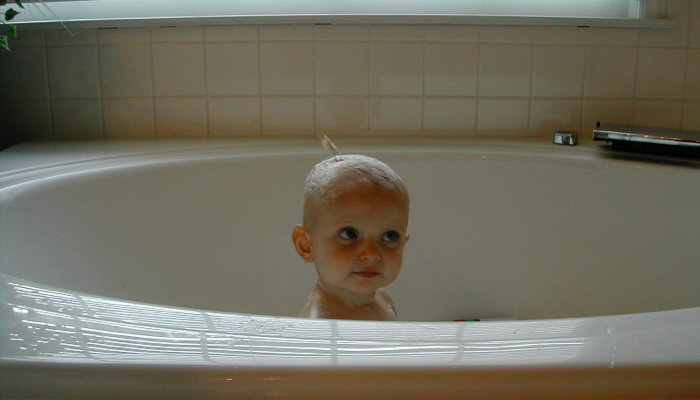 The holidays have come and gone, which means Jill and I are exhausted. Besides the regular holiday stuff, we have Logan’s birthday and my birthday (which should be a week long holiday event, but I digress…), Elvis’ birthday and this year Jill was integral in planning a surprise 40th anniversary party for her parents in Atlanta. The 40th deal was fantastic, but I thought at one point I was going to have to institutionalize my wife. The only thing that stopped me was that none of the sanitariums would take the kids too.

So, I’ll start by telling you that our noveltta-esque holiday letter is posted here. If you are reading this then you have, no doubt, read that, but it’s there in case you, um, need it as a reference…or something.

Logan’s birthday was great, with Jill outdoing herself on the R2D2 cake. The theme (duh) was Star Wars, which continually amazes me since Logan hasn’t seen 3 seconds of any Star Wars movie. Neither have any of his friends, but they all know about it in nerd-like detail. We played “Pin the Light Saber on Darth Vadar”, “Darth Vadar Freeze Tag”, and finally “Jedi Training Academy”. We love our little homespun birthday parties. The only thing missing was Tara dressed up as Chewbacca.

The beginning of 2007 for Logan has been chock full of events. Firstly, the boy can now ride sans training wheels. Bike-riding is now his national pastime, and he has retrofitted it with his own OCD spin.

It’s fun to watch as I wonder how much time I have to befriend a therapist. Also, Logan (just today) lost his second tooth.

The latest in Emma’s eye saga is her new “princess” glasses. She really liked them at first, but that has (predictably) worn off and now she is not a big fan. Her glasses are now, quite often, “foggy”, which means she wants us to clean them, preferably with a hammer. We are going to Duke University in early February to see the Don of Pediatric Eye Care, so let’s hope it’s his daughter’s wedding day when we get there. I am planning a blog around the event to keep everyone informed.

Lastly, Lilly (aka, The Pill) is in Teething Hell. She was blessed with all four of her top front teeth within about a day of each other. This has transformed the Happiest Baby on Earth into a drooling, convulsive mess. I worry that this avalanche-esque introduction to pain may push Lily to the Dark Side of the Sass, but we can still hope. She is still happy for a good 2-3 minutes a day. (Roughly the combined time between waking up and realizing how much her mouth hurts) Also, she is crawling now, which is hilarious. It looks like a she is being remote controlled by a toddler, and when she decides to stop and sit a spell she looks like she is backing onto a very narrow seat, such as the top of a pin.

As for me, I spent last week in Denver and it looks like I will spend a lot more time there. Jill is pushing for us all to go one of these days, thinking it would be an easy family vacation. I am thinking it would be cruel and unusual punishment to us and any poor saps that drew the short straw and got on our plane, but that’s just me, I guess.