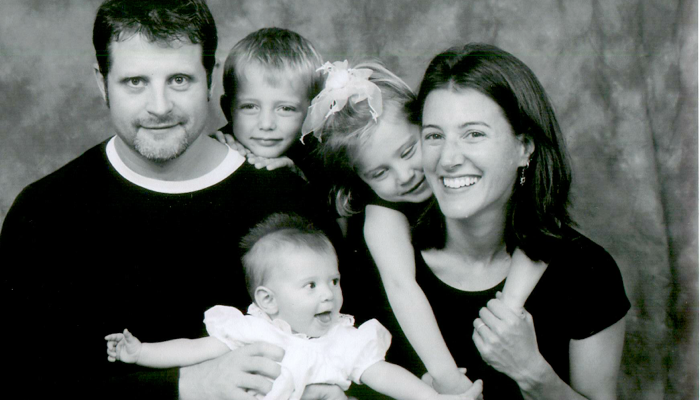 The time since our last update has been much like an ADA conference, I would guess. The events at Casa Goodrich have been dominated by the appearance and loss of teeth. Lily’s bottom two front teeth are in (so, Christmas came early (rim shot)) and Logan got his first big-boy tooth. As a result, Lily quite often looks like she is doing a Skoal commercial, as she uses her tongue to fidget with the new teeth. I have considered getting her an Earl Campbell jersey, but they are hard to come by these days and others may frown about me associating my six-month old with smokeless tobacco (although, in North Carolina we are probably O.K) Lily is doing great, btw, and you can find her latest stats on the front page in the Lily column.

Logan as you may imagine, was obsessed with the massive pay-out he expected from the Tooth Fairy. He must’ve asked us “How many dollars do you think I’ll get?” a thousand times, to the point where I offered to double whatever the Tooth Fairy gave if he would stop. The tooth he lost (and gained) if you are interested (you aren’t) is the bottom left front, so the same one that Lily first received. Eerie, eh? No, not really, but when you have three kids, you’ll distract yourself in some desperate ways.

Speaking of hell, the family recently attempted a “professional” photo session. We don’t do this often, and this will probably be the last time ever. We had told Logan that we would take some “silly” photos, an idea he inexplicably equated with winning the lottery or eating caramel-coated cotton candy. Needless to say, I think we could have posed three rabid mongeese (mongooses?) with a side of beef more easily than our three “adorable” children. At one point, I asked the photographer if she had ever failed to produce one usable photo from a session. She said ‘no’, but in a way that made sure I understood she now considered it within the realm of possibility. Here is a brief excerpt from the session:

Photographer: OK, why doesn’t everyone sit on the couch.

Glenn: Logan, sit down or the tooth fairy is going to have to write you a check.

Photographer: (looking around the “prop” room) Uh, right, not ‘posed’. Lemme see if we can do ‘candid’ while y’all are dressed the same and sitting on a red couch just like I am sure you do every day at home.

So, the only family photos we will have from now on will be taken with our camera or mugshots.

The holiday season is upon us, so I am hoping that will result in a couple of more posts before the Christmas letter bonanza….stay tuned.