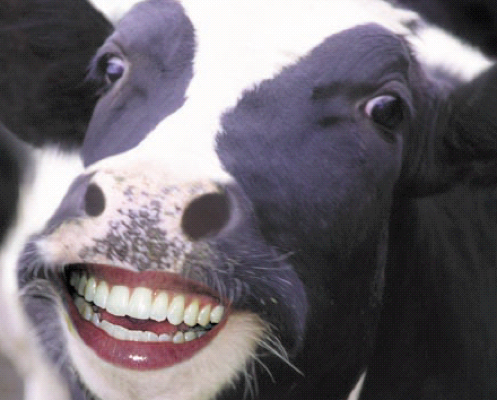 On my last business trip, I sat next to a gentleman (I’ll call him Captain) from outside Portland, Oregon who was returning from his compulsory weekend as a National Guardsman.  He looked like a military person; buzz cut, square jaw, adept at push-ups.  Our conversation, as I am sure most of his do, focused on his time in Iraq.  He had been there for an 18 month stint and probably wouldn’t go back for a year or so.  I, of course, explain that I am a small nerd that cannot fathom that level of bravery.  I have major pants-wetting issues just going into the crawl space under our house. The crawl space has that Willie Wonka’s hallway aspect of constantly reducing height the farther you venture into it.  When I have to go in there, due to insulation falling down or Lily playing hide-and-seek, it’s an ordeal.  As I continuously crouch-and-walk toward the insulation, I am pie-eyed and sweating.  At any point, I am sure a cigar-smoking spider, wearing a snake as a boa, will jump out and go “MMM…haven’t had dessert yet, so you’ll do.”  Inevitably, I will perceive some small movement (I think last time it was my eyelash), which causes me to scream like a girl, do an about-face, and run back out of the crawl space.   As a result of my abject fear I stand up too high, which means my head hits every floor joyce.  By the third blow to the head, I am legally unconscious, but my body does the headless chicken and continues running.  Lastly, the entrance to our crawl space is about 3 feet from the edge of a 6-foot drop off of a retaining wall.  As I am on auto-pilot at this point, I will run right off the wall, belly-flopping onto my neighbor’s graveled area (who have finally put down an air mattress for me.  Thanks, guys).  So, the sound effect for this event goes something like:  (VERY high pitched) “AAAHH!” THUNK THUNK THUNK THUNK THUNK THUNK WHOOSH THUD.   Jill will find me here, often days later, after she fixes the insulation.

Anyhoo, as I was discussing his trips to Iraq with Captain, I asked him if his wife ever freaked out about him being over there.  Casually, he said no, not really, and that she’d been a rock except for a singular occasion.  She had asked him how the notification of his demise would happen if, God forbid, something went bad.   His reply detailed the arrival of one or more uniformed military personnel and a priest.  If they show up, he said, you pretty much know that it’s over.  Sometime later, Captain left for Iraq, never discussing the subject of death again .  Now, Captain is an officer, so he had an office with a phone and could call his wife nightly.  During a certain set of calls, he mentioned that he was growing a beard.  On a another call after that, he told her that he would not be able to call her for a couple of weeks, for reasons he could not tell her.  During those two weeks, she started to piece things together in her own mind, citing:

A bit more worried, but still OK, she let these ideas simmer in her head everyday.  Until one evening, she looked out her window to find a police car with siren lights swimming across her house.  The uniformed policeman stepped out of his car and headed toward her front door.  Immediately, she lost it.  Sure that Captain was gone, she hesitantly opened the door and blurted out “You have some bad news for me, don’t you?”  A somewhat surprised policemen eyed her cautiously and replied “That depends.  Is that your cow in the road?”  After a moment of glorious realization, Captain’s wife flung her arms around the cop while screaming “OH THANK YOU THANK YOU THANK YOU!!”  The now totally dumbfounded officer pulled her off him and encouraged her to collect her cow, turning to leave as soon as humanly possible.

I really liked this story, so much so, that I now use it to let Jill know when she I think is overreacting to something.

Jill: Glenn, why do you always forget to use the coupons at the store? WHY?

Glenn:  Is that your cow in the road? (snicker)

One could argue I don’t really use it in all the right places, and Jill probably hates this story now, but I love it.

So far this summer is going well.  Logan has really improved from his first days as a swimmer, often winning heats and coming danged close to getting a ribbon.  He won all his heats in last night’s meet.  A swim meet is quite an excursion for us, with Lily and Becca just roasting in the evening sun.  Jill purchased this contraption called an ErgoBaby carrier which, despite it’s hippie-ish name, looks like it was designed by union workers.  It is so big, that I could carry Yao Ming in it on my back, no problem.  In fact, I’d like to try, if for no other reason than to lean forward until Yao can touch the ground and make Yao crawl around with me on his tummy.  These are the visual images that make me laugh out-of-the-blue at the swim meet, causing the other swimmers’ parents to look at me like I just broke wind.   I reassure them by saying “Yao Ming! HA!”

Logan and Emma have begun to conform to the stereotypical brother-sister paradigm of fighting about everything.  I mean, how can someone be “the most naked”, for Pete’s sake?  We heard Becca’s first laugh last night, and I think I am going to go to our government and tell them to play a baby’s first laugh over loudspeakers in Iraq.  A couple of days of that and the fighting will just fade away.

And then there’s Lily.  Lily, formally touted as the happiest child on earth, is now happy for roughly 42 (non-consecutive) seconds each day.  Partly because she is teething and partly because she is a toddler, she goes from zero to piercing scream in a nanosecond.  She has also discovered that, after she feels the need to potty, there is a surprise in her diaper.  This surprise needs to be shared with the whole world.  I think this is the nastiest thing on the planet, with the exception of my IPod arm band.  The last episode ended with me standing over Lily and the lip-smacking dog, saying “NO! NO! NO! THIS GOES IN THE POTTY!”  In a moment I am guessing Jill will savor forever,

“Hey Glenn, is that your cow in the road?”