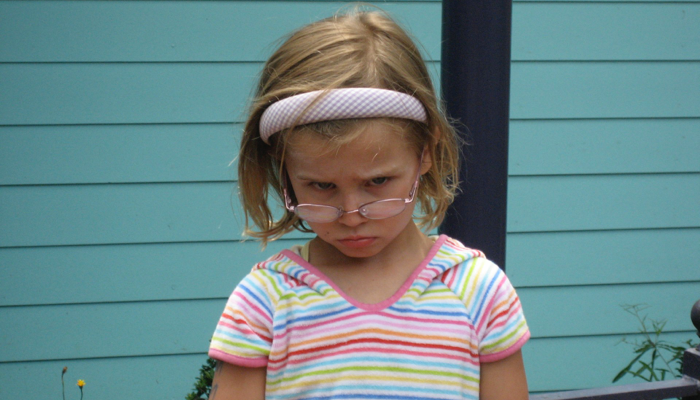 Last Tuesday (February 6th) Jill, Emma, Lily, and I traveled up to Duke Medical Center to get a second opinion about Emma’s eyes. The last surgery did not turn out as hoped, and now we are back at square one. Logan spent the day in school, so it was just me and the girls.

The day started as most of our trips do, with us missing the “scheduled departure time” (9:00). If you’ve never traveled with me, at about 8:50, I start acting like I am the only one that can sense impending tragedy. I stand by the back door and ask everyone what they are doing over and over until Jill gets sick of it and makes the mistake of answering me. She was trying to:

Meanwhile, no one was coming in or out of the back door, I can assure you of that. Adding to the stress of this departure was the fact that Emma’s “first opinion” doctor, Dr. Daugherty, was supposed to send her records to Duke. This request had been received by the (from what I can guess) sloths that make up his staff two months prior. Then again one month prior. Then again 1 week prior, and pretty much daily until the morning of our departure when we still had no confirmation that they had been sent. This kind of incompetence is epic and must take hours of practice, which I would bet they get on every request. So, once Jill had finished doing every last thing for the trip, we finally departed (after she used the smelling salts to bring me around) roughly 10 minutes late.

The ride to Duke is pleasant. Lily sleeps, thankfully, almost the whole way there. Emma is in the back dressed in stocking cap, mittens, her coat, and glasses. She looks like a cold, goofy nerd, but in a very cute way. She is singing and humming and reading her books. I sit in the passenger seat and do some work as Jill rants about the sloths at Dr. D’s place. She calms down and tells me that earlier Emma was doling out some of her trademark sass, to which Jill told her, through clenched teeth, to “stop talking like that, it is rude.” Emma replied, through clenched teeth, “Mommy, I am talking like a kid.” We chuckle and I start to remember that Emma is a kid that has been through a lot. Two (failed) surgeries and a hospitalization for Roto virus, and now glasses she has to wear to make her eyes “look normal.” Still, she just sits back there and sings and points out the occasional Hummer (her and Logan like Hummers). All in all, a great ride to Duke.

We get to our exit about an hour before the appointment and decide to find a sandwich place. Apparently, Research Triangle folks don’t eat, because we couldn’t find a restaurant within 5 miles of a major medical center. We did, however, find a Candle Shop. I guess if you don’t cook, you don’t really need electricity. Anyway, just as we about to throw in the towel and divvy up Lily’s container of Cheerios, we see a Subway tucked behind a gas station. We hastily get our sandwiches and speed over to Duke Eye Center, passing no less than 5 sandwich shops on the way. We walk in the front door from the parking lot and look for signs. Ah, there it is, Pediatric Eye Care on the second floor. So, we step in the elevator and press “2”. Nothing happens. I press “2” again, this time with feeling. Nothing, just us in an open elevator staring back at a somewhat curious Information Desk Jockey. Jill says something about “this must be the second floor,” so we step off and wander aimlessly around a corner, still under the eye of the mute “Information Desk” clerk. Sure enough, we were on the second floor. I guess the first floor is eye care for the mole people.

The waiting room is large and has 1.2 million toys, all of which are either broken, need batteries, or both. Jill and Emma are called back for the first time and I stay out with Lily so she can finish her study entitled “The Varying Taste of Toys in This Waiting Room.” Having been relatively empty when we arrived, people are now shuffling in. A lady asks me if I know where more of the trains for the train table are, and it’s everything I can do not to say “in Lily’s digestive system, I guess.” Instead I shrug, amazed at how fast I went from first time patient to knowledgeable helper. I make a mental note to apply for the Information Desk position.

Jill and Emma come out after, what was, a routine eye exam. Emma did great, even identifying all the letters which, according to the nurse, most kids can’t do. I am guessing they say that to all the kids that know the letters, since there is nothing like parental pride to temper impatience due to long waiting periods. Jill shows me the “records” that Dr. D. sent, which consist of a single letter that briefly rehashes the history of Emma’s eye surgeries. After the massive pain we went through to get this letter here, I figured it would be made out of gold or levitate on it’s own or something. Alas, it was just a typical fax (yes I said FAX. I guess people still use those.).

Jill and Emma go back while I try to get Lily to wash down the toys with some Cheerios and some yogurt based concoction that Jill made. I try to guess what it is and settle on “gross.” Emma, meanwhile, is being examined by a “fellow” (although, she was female, so I still don’t get that.). This is the very thorough exam, according to Jill, where I guess they actually remove Emma’s eyes and send them through a series of eye tests, or something. Actually, Jill said that the “fellow” was “very thorough” and I didn’t hear anything else because all I could think about was the eye removal gag. Out they come again, and I am informed that our next trip back will be with (drum roll, please) Dr. Buckley HIMSELF.

It’s worth noting that, at least in my own mind, Dr. Buckley has been built up to be the Don of pediatric eye care. It wouldn’t have surprised me if, when he came into our room, we were forced to avert our eyes due to his aura of greatness and light. I have entertained the thought that he would take one look at Emma, declare her case trivial and cure her with a simple touch of his hand. Then, we would all chastise the horrible work the previous doctor had done and send them a letter saying as much, which they would get sometime in the year 2010.

However, Dr. Buckley is a mere mortal who checks Emma out using methods that seem disappointingly normal. Emma likes him, though, offering to read to him if he would like (“No thanks, I have to see other patients.”). She gives him our family tree while the doctor floats his finger back and forth in front of her. All in all, there is no procession or giant floating magic doctor presence. At the end, he validates what Dr. D has done and tells us to stick with the glasses for a few more months, at which point we’ll probably have to do another surgery.

On the way home, Jill asks me if this was a wasted trip. I think for a bit and say, no, I don’t think so. In fact, I am a bit relieved as it is good to know that Dr. D. and we have made the right decisions for Emma’s eyes. If it were not for a bit of bad luck, she’ d be all fixed. I was a bit disappointed that Dr. Buckley wasn’t superhuman, but I have this issue with most people I encounter.

So, that was the Duke trip. If you want to know more, please ask Dr. D’s staff to inquire at the Information Desk.