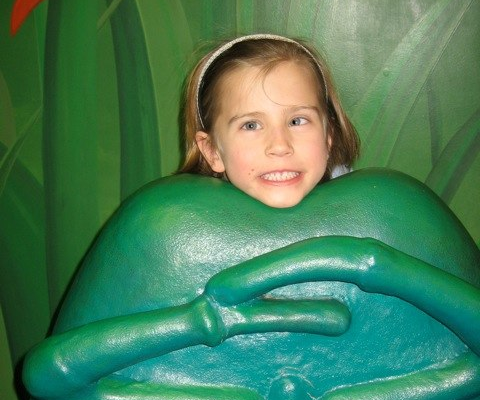 If you are like I was about two weeks ago, comfortable in the knowledge that our medical and scientific communities have solved all the parasite-based maladies that plagued the pioneers, then stop reading now. You don’t want the horrifying knowledge that I now have. Nay, stay in your blissfully ignorant state of the startlingly pathetic ability of our species to defend itself against the smallest of bugs. It is much better where you are.

You see, Emma (the 6-yr. old) came home one day with head lice. I thought it was a joke. No one gets head lice anymore, right? It went out before polio, right? Besides, it’s a malady of the unwashed vagrant, right? There is simply no way that a (relatively) clean girl in Suburban America could get head lice. Illusion #1 shattered.

After I recovered and told Emma she could take the Cling Wrap off of her head, I regained my composure. Surely, in this day and age, there exists a simple shampoo or pill that rids us of these lowly bloodsuckers, right? I mean, we can swap out somebody’s freaking heart, so getting rid of a barely visible bug must be as simple as taking aspirin. Illusion #2 shattered.

That’s right, folks. In our allegedly modern times, we have NO GOOD WAY OF DEALING WITH HEAD LICE. Here is the cutting-edge treatment regimen:

I have never seen Jill react to anything quite like this. She has contracted Lice Madness or something. Our bonus room has been converted to a war room for our Theater of Operations. There are maps of the house, full-sized body posters of each child with their known affected areas highlighted and a holographic table for receiving messages from the Anti-Louse Alliance. In only a few weeks, Jill has attained the rank of 2-star Admiral and she is rarely off the job. She looks at me now with an intensity that I can feel, and I realize she is not looking at me, but for THEM. I am not her husband, the father of her children. I am a big host; a battlefield. I will only be a bit surprised when I find myself overly sleepy after dinner one night, realizing only when it’s too late that I’ve been drugged. I’ll wake up strapped to a giant bulls-eye in the desert, watching Admiral Jill give me a final salute and drive way.

In the end, we used Cetaphil, which is a common facial wash to rid ourselves of the vermin (the lice, not Emma). We had to keep it in our hair all night and then rinse it in the morning. My hair is wonderfully zit and nit free, although I never actually had any invaders. Jill, like Patton, seems lost with no enemy to engage. I have tried dipping Becca in syrup and rolling her on the ground to get ants or ticks or something to attack, but the parasite/bug universe must know of Jill’s work. They say that the only thing more sad than a soldier with an enemy is one without. Personally, I just think I’ve taken the war analogy too far.